What Makes An Album of the year?

Dating all the way back to the late 1950’s, the Grammys have served as an annual celebration of music, appreciated by both the industry and fans alike. Some artists view winning a Grammy as the top achievement in music, but even within the Grammy’s, certain awards are more coveted than others. Taking home a trophy for “Album of the Year” is without a doubt the biggest honor of the night. Many viewers tune into the show in the last 20 minutes purely to find out who won “the big one”. Whether it’s Frank Sinatra’s Fly Me to the Moon or American Idiot by Green Day, some of the most pivotal albums in Western music have been nominated/have won. With nominations right around the corner on November 15th, I propose a question: What makes an album worthy of “Album of the Year”?

Last year we saw a pivotal moment in Grammy history– Olivia Rodrigo’s Sour winning Album of the Year. Up against fierce competition such as her idols Taylor Swift and Billie Eilish, 19-year-old Ms. Rodrigo took home the prize. I think an album such as Sour is a perfect example of what truly makes an album an album of the year.

Whether you are an Olivia stan or not, you have to know at least two or more songs off of her album, unless you haven’t opened an Internet device or turned on the radio in about 2 years. Each song on her album is an absolute hit and incredible success. To see a first album like this absolutely dominate pop music is extremely rare and incredibly impressive.

We can look at a more established artist such as Taylor Swift with her successful album Evermore and question why she didn’t win. Although there are some great songs, it did not dominate the way that Sour did. The academy claims that this award is to “honor artistic achievement, technical proficiency and overall excellence in the recording industry, without regard to album sales, chart position, or critical reception.” Rodrigo also makes her album unique by having so few writers on it, similar to her predecessor Billie Eilish. 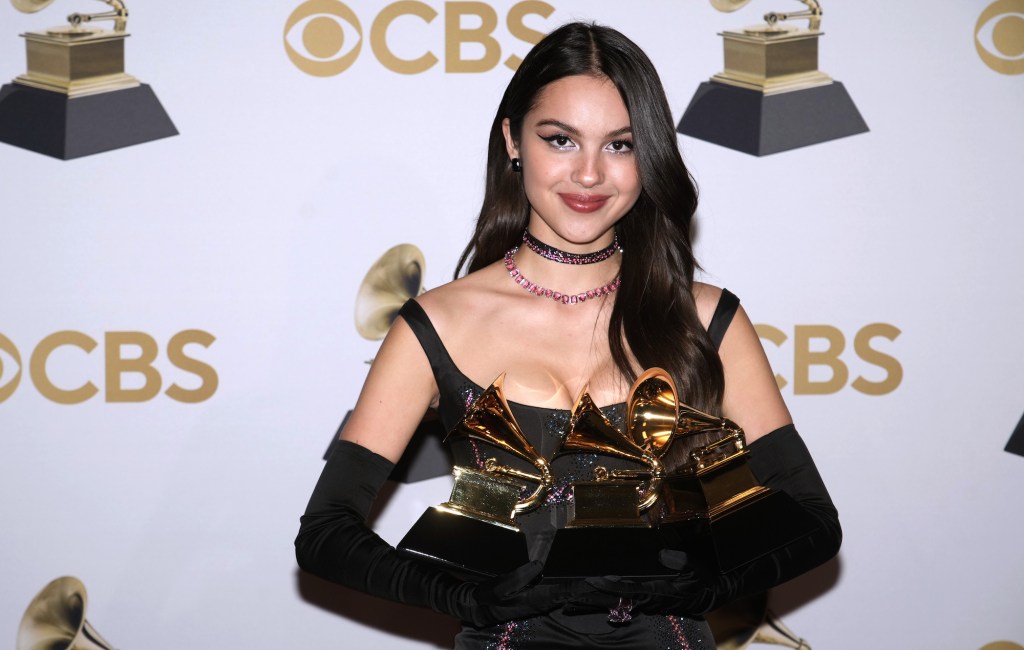 If I had to predict an album to be this year’s winner, it would be Harry Styles’ Harry’s House. I am far from alone in this stance. While I am a huge Adele and Beyonce fan, their albums did not have the same influence as Harry’s did– though I’m sure they will be nominated.

Harry’s House can absolutely be considered the album of the summer. But with his carefully written piece, it is definitely more than that. His melodic care and intricacy is exceptional, especially in the world of pop these days. Connecting back to past winners, the range of his album is what really sets it apart from others. No song is the same, not even close. Citing back to what the Academy claims it looks for, the “technical proficiency and overall excellence” is extraordinary.

In more recent years, the Academy has been more welcoming towards younger artists such as Billie Eilish and Olivia Rodrigo. Throughout the past, it was more difficult for up-and-coming breakout stars to compete in a category like this. It’s really important that the Academy approaches awards like Album of the Year, making it so the overall work is appreciated rather than one catchy single on an album. Who do you think is deserving of bringing home a trophy this year?

This site uses Akismet to reduce spam. Learn how your comment data is processed.